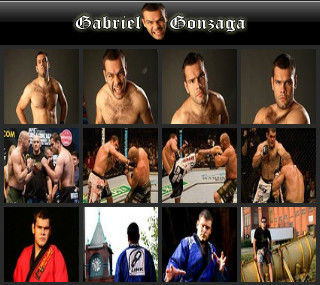 AppBurst iPhone development announces the release of the UFC fighter Gabriel Gonzaga "Napao" iphone app.  The new iPhone app in currently available to download for free from the Apple app store.  The app enables Gabriel Gonzaga fans easily keep up to date on the latest information from the heavyweight UFC fighter from the convenience of their iPhone ir iPod Touch.   The app includes features such as his latest twitter posts, photos, fight record, biography,  Team Link gym locations, and videos.  Fans can also use the twitter section of the app to tweet directly to Gonzaga.

Commenting on the Gabriel Gonzaga iPhone application, AppBurst co-founder Mike Haldas says: “The Gonzaga app is the first application developed with the AppBurst iPhone apps for fighters platform.   It is an honor to develop the first MMA fighter app for one of our favorite heavyweight UFC fighters.  Mr. Gonzaga is one of the most exciting heavyweight fighters to watch and we believe that his fans are going to appreciate the iPhone app that he is now providing for them."

AppBurst will continue to develop iPhone apps for MMA fighters using the new development platform.  Fighters and their marketing organizations can rely on AppBurst to take care of all of the technical details to build high quality apps for fighters quickly and affordably.