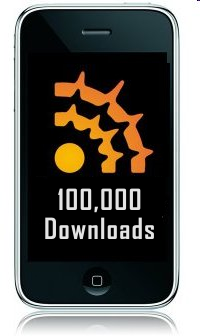 AppBurst, an iPhone application development company, today announced that the first four apps that Appburst has developed have cumulatively been downloaded over 100,000 times from the Apple app store in under 60 days.<.p>

The four apps consist of the iCamViewer, LoL Library, WFO Radio, and UFC Fan. WFO radio and UFC fan were released just a few weeks ago. The first AppBurst app, iCamViewer, has been downloaded over 50,000 times.

Commenting on this achievement, AppBurst co-founder, Mike Haldas, said: ‘We are extremely proud of achieving over 100,000 downloads so quickly. Our first app, iCamViewer, is still averaging a little less than 1,000 downloads per day and contributing significant website traffic and interest for our client, CCTV Camera Pros. We look forward to achieving 1,000,000 downloads across the network of apps we will be developing in 2010.”