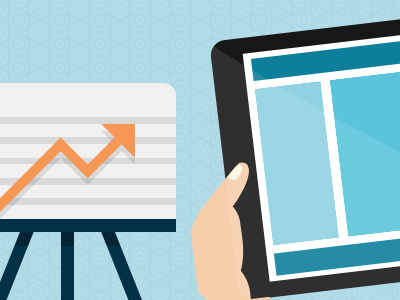 comScore’s recent Cross-Platform: Future in Focus study for US-based digital media usage in 2016 reveals new insight into adult’s preferences and tendencies for consuming content. Digital media usage is unsurprisingly on the rise and smartphones are leading the charge:

“Total digital media usage has nearly tripled since 2010, and since 2013 it’s up 35%, with smartphone having grown 78% and contributing to 92% of the total increase in time spent. Tablet is also seeing strong growth… while desktop is down.”

As consumption of digital media decreases on desktops and continues to rise on mobile devices, businesses and organizations must adapt and turn their attention to smartphones and tablets.

A lesser-known trend is the fact mobile-only consumption is becoming more prominent; more people are ditching their desktops all-together to consume their digital media on smartphones and tablets.

“Mobile now represents almost 2 out of 3 digital media minutes, and smartphone apps alone are approaching half of all digital time spent.”

Mobile-only consumption has doubled in ages 35+ since beginning of 2014 and 97% of millennials are now mobile users. Focusing on traditional websites for content sharing with audiences (young or old) puts companies at risk of missing large swathes of their target audience.

A turnaround in the print industry speaks volumes to the long-term future of print media versus its digital counterpart. Companies focused on mobile over print, or those entirely converting to the latter, experienced 20% gains in 2015. More companies continue to shift to mobile and other industries are following suit. 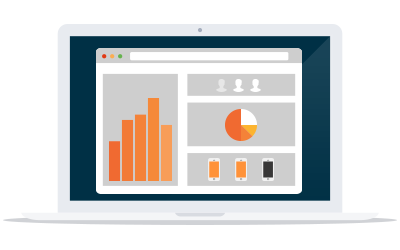 Industries such as health and travel have experienced significant gains in mobile penetration. Generally speaking, industries with information content to share are reaping the rewards of providing digital media such as PDF documents, news items, and more to an increasingly global audience.

Accessing information about a company or brand on-the-go -- with both offline and sharing capabilities -- only extends the reach of content and enables users to share vital information with friends and colleagues.

While overall smartphone ownership appears to be reaching a saturation point around 80% of all American adults, each demographic is still experiencing gains—led by millennials at over 90%. Android and iOS account for a combined 96% market share. Apple leads the way in devices at 43%, while Samsung and “All Others” are split at 28-29% each.

The relative stagnation in terms of mobile device ownership is inevitable; the penetration levels are already incredibly high, however, and see no signs of weakening. Providing native mobile apps for Android and iOS devices gives 19 in 20 people a product tailor-made for their device.

Social Media is Most Popular on Smartphones

Nearly 80% of all time spent consuming social media occurs on mobile devices, with native smartphone apps leading the way at 61%. Networking and communication with friends or colleagues represents one of the most natural and organic methods to spread the word about a brand.

Digital media consumption on mobile is continuing to rise. Mobile-only consumption is making the importance of native iOS and Android apps, which account for 96% of the market share, a near-necessity for any entity with content to share to people around the world.

Taking advantage of tools like push alerts, in addition to social media integration, maximizes engagement and create the momentum needed to keep pace in the evolving digital landscape.

For details on AppBurst's mobile apps: